The Best Arcade Games Ever Made Came From North Carolina Businesses

Cool Arcade Games From The 1980s

One of my fondest memories from my childhood was heading to the arcade and spending my allowance playing video games. I’ve complied a list of some of the best from back in the day, and although not all of them were my favorites, I still spent quite a bit of time trying to rise up on their leader boards. Kids today may play on the Xbox or the Wii, but these were the games that started it all!

Dragon’s Lair is fast approaching it’s 24th anniversary, but when it was first released, it was quite innovative. Players felt as though they were in charge of a cartoon, and because of its novelty, it was one of the only games in its day that cost more than 25 cents.

Rampage was released three years after Dragon’s Lair, and one of its main features was the fact that up to three people could play together. The story line revolved around trying to destroy cities, and players could choose to be either King Kong, Godzilla or a character that looked like a werewolf.

Tempest came out in 1980, and it was one of the games that started the arcade craze. Technology had not even advanced to the joystick yet; there was a dial that players used to interact with the game. The graphics were very basic, but that didn’t stop kids from flocking to play Tempest whenever they could.

Centipede was released at about the same time as Tempest, and it also did not have a joystick. Instead, players interacted with a roller ball. One of the most notable parts of this game were the sounds; it was easy to figure out whether someone was playing this just by listening for a second.

This game came out two years after Centipede and Tempest. Players were in charge of an aircraft, which scrolled up on the screen. As you navigated through the game, you could release bombs or shoot at objects.

The original Donkey Kong came out in 1982, and it was so popular that a second version, Donkey Kong Junior, soon followed. Players were divided on which game was best, but there is no question that the sequel was very enjoyable and provided hours of great game play. In this version, players are in charge of Junior, who is trying to get his father away from Mario. Mario was, and continues to be, a very popular character in gaming.

Mario Bros. came out in 1983, and many people don’t realize that it was a Donkey Kong spin off. New to the gaming scene was Luigi, Mario’s brother. The two characters were set in a sewer, where they had to get rid of any pests emerging from the pipes. Mario Bros. let up to two people play at the same time.

Defender was among the first arcade games to be released, coming out in 1980. It was particularly challenging, as gamers had to use both a joystick and five buttons to control the game play. The graphics were somewhat primitive, but it remains a favorite because of how difficult it was to defeat.

Coming out just a year after Defender, Frogger is a universal favorite. It was hard to think of arcade games without picturing this one. Players had to help a frog get safely across a street while cars whizzed past. There was also a river scene as well. The game got increasingly difficult as you played through it, so it was never boring.

1982 saw the release of Zaxxon, a game in which a space craft made its way through a fortress. Zaxxon was a bit of a game changer, because it had isometric projection.

Coming out the same year as Zaxxon was Pole Position, which started the driving game craze. Players could control their car with a real steering wheel, which appealed to all kids that didn’t have their driver’s license yet. Although, if I’m being honest, it wasn’t just kids that liked this game.

In 1983, the Star Wars arcade game was released and capitalized on the popularity of the movie of the same name. Players were able to navigate Luke’s X-wing through a variety of scenes. Some of the actors from the movie also lent their voices to the game, which was neat for fans.

A personal favorite of mine, Pac Man is well-known by both gamers and non-gamers alike. It first came out in Japan in 1980, and it quickly caught on fire. It was so popular that Pac Man Fever, a song, soared through the charts in 1982, paying homage to the little yellow mouth that would change the landscape of arcade games. 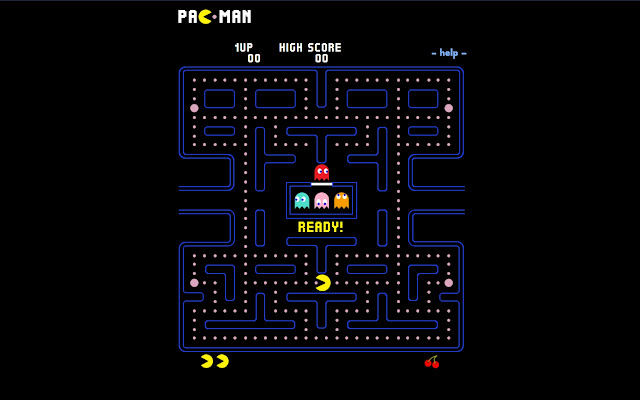 I mentioned Donkey Kong Junior earlier, but this list wouldn’t be complete without discussing the original version as well. Donkey Kong came out in 1981, and like Frogger and Pac Man, it is still well-known today. In addition, without Donkey Kong, there likely wouldn’t have been a Mario Bros.

This game came out in 1982, and the objective was to have players make hamburgers. In order to do that, they needed to navigate through different parts of the sandwich, staying away from enemies that took the form of eggs, pickles and hot dogs.

Tron is a Disney movie, and in 1982, the arcade version was released. The movie itself was not nearly as well known as Star Wars, but the game was still a hit with kids. There were four smaller games for players to choose from within the larger game itself.

Q*bert is another well known arcade game, and it also came out in 1982. Players had to jump around on cubes, altering the colors, while they watched out for enemies and tried to stay on solid ground. While the concept is simple, the game was quite difficult.

Ms. Pac Man came out at about the same time as Q*bert. It was a follow-up to the very successful Pac Man game. The biggest difference between the two is that the main character is a girl. Of course, the levels are slightly different as well, but it has the same feel as the original.

Galaga came out in 1981, as a follow up to the game Galaxian. Video games have changed a lot over time, but this one, in my opinion, can compete with any of the latest titles. It’s fun and it isn’t too easy to beat.

Super Mario Bros. came out in 1985, which means it is the most recent of any of the games mentioned here. Many people do not realize that this was an arcade game; they are simply familiar with it as a result of the NES. This title is at the top of many people’s favorite arcade games list, and it holds a special place in my memories as well.

Arcade games have been around for a long time, but they may have hit their peak from 1980 to 1982. If you are feeling nostalgic about the games from your youth, or you are just curious to see what all the fuss is about, go online. There are several classic games that you can play at no cost to you! They are fun, they are free, and they will take you back to a simpler time. Best of all, you’ll have a blast. Here’s one you should definitely try: Aztec Bricks. We put that game out back in November 2006 and it’s still a very popular game.